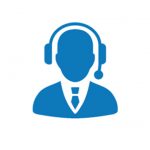 The dynamics driving innovation and growth

By novin In articles

Fragrances in home care applications—laundry care, air care, dishwashing and surface cleaners—mask off notes in formulations, provide differentiation to products and brands, signal cleanliness and boost the overall consumer experience. According to Euromonitor (www.euromonitor.com) figures, home care applications comprise more than three quarters of global fragrance volume. Fragrance sales for this category grew at a compound annual growth rate (CAGR) of 4% for the period 2008–2013, but is forecast to grow at a CAGR of just 2% between 2013 and 2018. The fastest-growing fragrance region is Asia Pacific, with a forecasted CAGR of 4% through 2018, followed by the Middle East and Africa, which will have a CAGR of 3% for the same period. According to Euromonitor, product developers can apply new scents to home care products as an easy means of differentiation. Mature markets require a higher degree of innovation, while emerging markets will respond to scents already established in other parts of the world. To illustrate, a Mintel (www.mintel.com) analysis noted that “[s]lightly less than a quarter of U.K. 16-24 year olds and 29% of 25-34 year olds say that they would be willing to pay more for surface cleaners that have exotic fragrances.

Research and Markets (www.researchandmarkets.com) forecasts the global laundry care segment to expand at a CAGR of 5.1% through 2017, totaling $85 million by the end of the forecast period. Growth is being driven by increased standards of living in emerging markets, growing populations and changing lifestyles. Meanwhile, further demand will be created by new product development in fabric conditioners, liquid fabric softeners and other products. Laundry detergents are the largest home fragrance category, according to Euromonitor figures. However, because fragrance delivery is its primary role, the largest share of fragrance innovation in the category occurs in fabric softeners. According to Euromonitor, the most important fabric softener markets include Latin America and Western Europe.

innovation is similarly crucial in the surface care segment, including antibacterial cleaners, probiotic products, natural offerings and others. According to a Mintel report, “U.K. 16-34 year olds are in fact more likely than any other groups to be interested in, and willing to pay more for, new products, features or benefits for hard surface cleaning products.” Product developers that get the balance among efficacy, convenience and the limited application of non-natural chemicals will succeed, according to the Mintel analysis. As a result, naturally positioned products are increasingly sought-after. In addition, scent is crucial to these U.K. consumers, who will pay a premium for scent-boosted detergent products.

Scent is crucial in the dishwashing segment because the consumer interacts directly with the products, according to Euromonitor. The company notes that the Middle East, Africa and Australasia are crucial dishwashing markets, with Turkey in particular booming as new machines are introduced, requiring the application of tablet detergents. According to a 2012 DuPont study, about 80% of U.S. consumers use dishwashers, which they run on average more than four times a week. Conversely, one third of German consumers use their dishwashers at least once a day (average: 4.8 times a week). Growth in dishwashing offerings, particularly in the United States, will come from products that reduce consumer effort and boost efficacy, according to Euromonitor. For example, the company highlights the “disruption” of dishwashing tablets in the traditional liquid and powder detergent space. Interestingly, Euromonitor notes that hand dishwashing has grown in the United States, compared to a slight decline in machine washing. Hand dishwashing has also outpaced the growth of machine washing products in value terms by a factor of six. The economic crises of 2008 and 2009 and the urbanization of young people contributed to this handwashing trend, according to Euromonitor. Meanwhile, figures cited by Euromonitor and Bloomberg show that the home air care market in the United States doubled between 1999 and 2013 and is forecasted to reach $3.4 billion by 2018. Kline (www.klinegroup.com) figures show that the U.S. market has witnessed its most significant growth over the last five years, driven by luxury candles and diffusers. The air care segment is highly innovative, notes Euromonitor. In North America, market penetration is high. Companies looking to exploit growth in emerging markets will need to build local market insights. Looking ahead, the global household cleaning market is expected to remain stable. However, notes a Mintel analysis, China represents a high percentage of consumer spending on household cleaning. The company notes, “[A]s households become better equipped … areas such as machine washing detergents and specific, often proprietary, cleaners grow.”